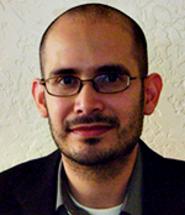 Dr. Edward Flores is a sociologist who studies civic religion, immigration, race and gender. His book Jesus Saved an Ex-Con: Political Activism and Redemption after Incarceration (NYU Press) examines faith-based community organizing for and among the formerly incarcerated. He is an associate professor at the University of California Merced.

Dr. Flores' research has included God's Gangs (winner of a major sociological book award), as well as several articles in leading journals, including: Social Problems, Journal for the Scientific Study of Religion, and Ethnic and Racial Studies. Dr. Flores is currently a section council member for the ASA Section on Body and Embodiment.