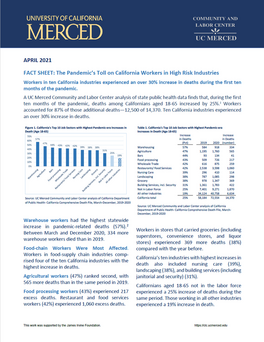 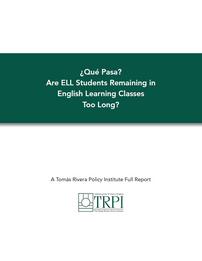 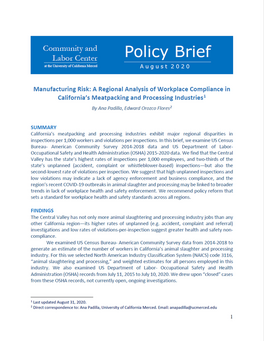 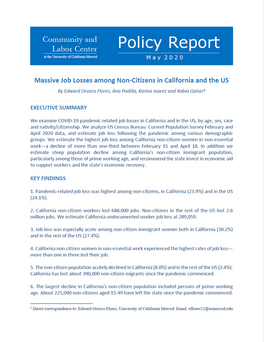 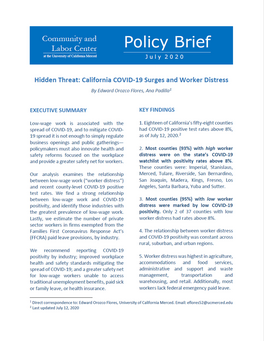 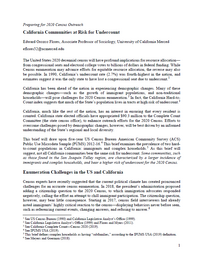 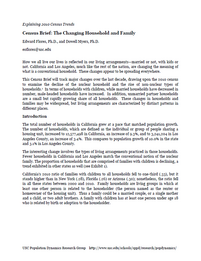 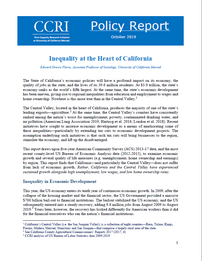 I have authored several research & policy briefs and reports on issues of Latinos, employment, workplace health and safety, and education. The briefs and reports have been cited widely by local, state, national and international media, and have informed major policy changes in the State of California.

With the UC Merced Community and Labor Center, I worked on a fact sheet on the pandemic's toll on workers in high risk industries (cited in the LA Times). I also co-authored briefs on the relationship between COVID-19 and low-wage workers living in large households (cited in the New York Times), and the regionally uneven enforcement of health and safety standards in the meatpacking industry (cited in the LA Times).

Our report, "Massive Job Losses" was linked in a press release from the Office of the Governor of California announcing the passage of CA AB 1876, which expanded the California Earned Income Tax Credit to undocumented households with ITINs earning less than $30,000 a year.

My policy work began in 2006 with a Provost's Fellowship at the Tomás Rivera Policy Institute (TRPI). One of my TRPI reports included ¿Qué Pasa?, on English language learning (ELL) in the Los Angeles Unified School District (LAUSD). ¿Qué Pasa? garnered national attention, was a resource in the Obama administration's first major federal civil rights investigation, and was a major resource in the passage of California Senate Bill 753.